After waiting almost a week to get there, Crvena Zvezda mts Belgrade ambushed Real Madrid in the Spanish capital for a much-needed 77-79 road victory on Monday in a Round 19 game that had been rescheduled due to a snowstorm. Zvezda raised its record to 7-14 by breaking a four-game losing streak away from home, while Madrid fell to 13-7 and missed the chance to tie FC Barcelona in second place

ABOUT EUROLEAGUE BASKETBALL
Euroleague Basketball (EB) is a global leader in the sports and entertainment business, devoted to running the top European competitions of professional basketball clubs under a unique and innovative organizational model. Owned and administered by some of the most successful and historic clubs in the world, EB manages and organizes the continent’s two premier men’s basketball competitions, the Turkish Airlines EuroLeague and the 7DAYS EuroCup, as well as the sport’s premier under-18 showcase, the EB Adidas Next Generation Tournament.
The EB competitions bring the elite of European basketball to all five continents and to the entire sports community through the OTT platform EuroLeague TV. EB also organizes a series of community and educational programs. Its ground-breaking corporate social responsibility program One Team features all EB clubs that have already made a difference in the lives of over 22,000 participants. Its Sports Business MBA trains future professionals in sports management.
About One Team
One Team, Euroleague Basketball's corporate social responsibility (CSR) program, supported by Turkish Airlines as the One Team Founding Patron and with the collaboration of Special Olympics as Proud Partner, uses basketball to achieve real social impact in our communities. With an innovative model of interconnectedness across an entire continent, Euroleague Basketball and its clubs have developed a complete CSR program that brings together activities from each team in an integrated, impactful way, working under the theme of "community integration". Each participating club develops a specific One Team project tailored to its own community needs to benefit groups in danger of exclusion due to problems such as substance abuse and gender, physical or intellectual disability. Since its founding in 2012, the One Team program has reached already directly and indirectly more than 22,000 participants through its various team projects.

Kerem Tuna Пре месец
Just an example: Real is nothing without fans. All they do is putting pressure on the referee to manipulate the momentum of the game. Thanks ...

Takumaki Пре месец
Since football has started they are rivals, club society from small Serbia wanted to become their rivals after football match, it's amazing. David vs Goliath again, this time in basketball. By the way judges should stop helping big teams, but we all know that's not gonna happen 😏

llaint Пре месец
red star deserved it through out the match congrats!

Blaž Blaza Пре месец
Where is block Dobrica and Duop???!!!

Alp Goethe Çakar Пре месец
@Kronos im big Gala fan but i love crvena and pao in europe. Ivkovic is not innocent. This just basketball. He came to istanbul from serbia for watching match or fight with Gala fans? Other reply comment i just angry because Fener fan said congrats one idiot said Turks not friend and so i angry and i write this comment first

Kronos Пре месец
Here you congratulating on a win but your other reply on comment about Ivkovic is so lame dude...just saying...being happy for someone else’s death is beyond words...

Tole Knez Пре месец
Better shut up. Your team lost fairly and should have lost by more than 2 points. Referees tried to make a comeback for Real, so, don't be funny.

Rubèn Jara Пре месец
Thanks Zvedva, from Catalonia with love to Serbia (L)

Tole Knez Пре месец
@Zoom Surely. They stolen a victory of Zvezda in Belgrade. Zvezda led by 13 and referees reacted.

Tole Knez Пре месец
They would loose by more than 2 points if there weren't referees.

Патриот России Пре месец
@ÖZKAN TRK Nice joke👍look at the table, clown ,you are not even in the playoffs😅😆🤣😂

Alketas Logotrivis Пре месец
There is an obvious problem in Real Madrid since Facundo Campazzo left the team .

П Ч Пре месец
Together, playing with love and pride against the money and consumerism.

Партизан понос Србије Пре месец
@Патриот России Not basket, but i speak in general. They hate your club, it doesn't matter which sport. 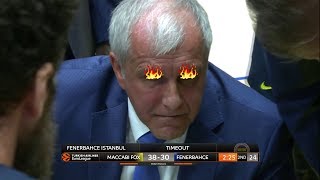 11:27
When Zeljko Obradovic Has No Chill (Best Basketball Coach In The World)
MegaTobins696
Приказа 552 хиљ. 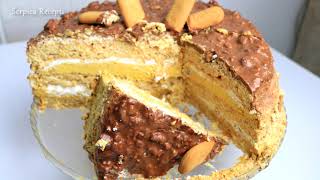 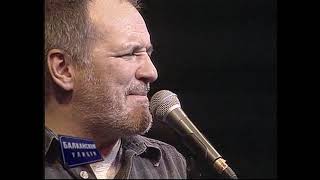 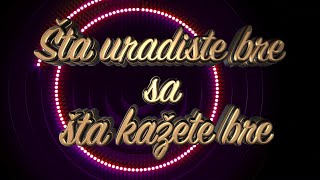 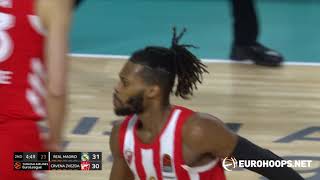